Air Brakes in Big Rigs – Everything you need to know! – PART 1 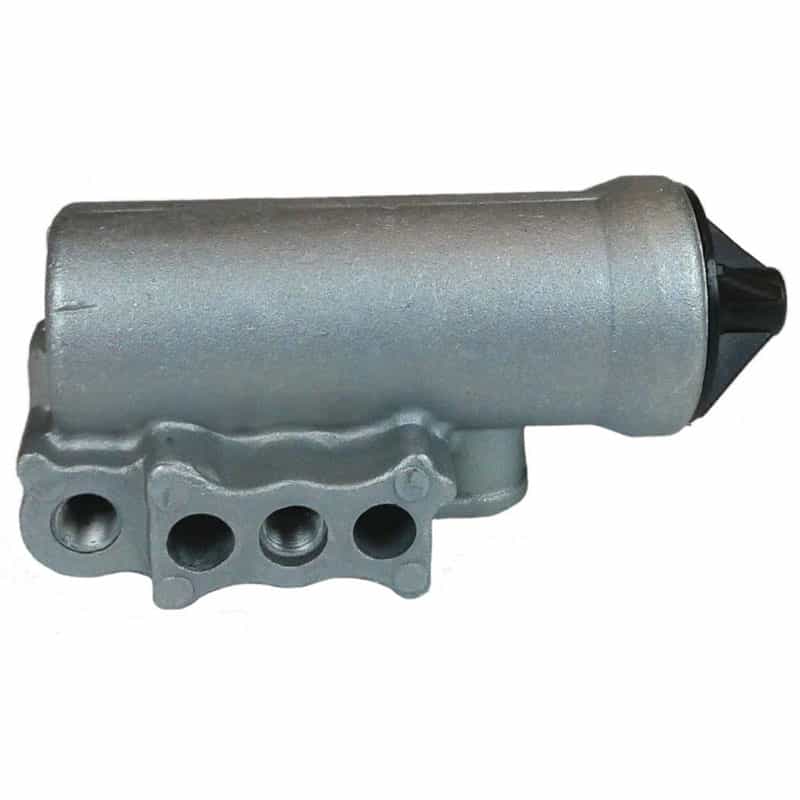 The ever present and distinctive sizzle of air from a big rig as it comes to a halt, is that of air brakes. This article intends to take a comprehensive look on the air brakes in Big Rigs, whether you own a Peterbilt, Freightliner, Kenworth, Volvo, International, Mack, Western Star. Have you ever wondered: why do Big-Rigs use air brakes? How come that Big Rigs don’t use hydraulic brakes like passenger vehicles?

Let’s dig under the hood and find out.

It boils down to reliability and readiness of resources. As a rule of thumb, the heavier the vehicle, the more likely it is to use air brakes. Hydraulic fluid (Brake oil) for smaller vehicle brake lines needs to be topped up at a workshop and upheld by yourself, whereas air is ubiquitous, ready to be used in any truck braking system, this being one reason why they are the status quo in the industry.

Initially let’s go over how air brakes work. Set by a device known as a governor the compressor fills storage tanks to the regulated pressure. Then a valve ensures that air only travels one way through the line, if in an event the compressor leaks, the air tanks would not. Subsequently, the air is supplied via the brake lines and alterations in pressure which would be created by pressing the brake pedal would be then used to move a series of rods, cams, and brake components as required while driving. On the other hand, in a hydraulic system, if there is a leak in the brake line, the entire system will fail since it cannot replenish the pressure needed to activate the brakes and slow the wheels. Hypothetically, if one is in a fully loaded truck or any other heavy-duty equipment, it would simply be too precarious to use a hydraulic braking system, as by default setting it would not slow the vehicle in an uncalled for event.

They are burdensome, too – above a gross vehicle weight of 26,000 lbs., the necessary gear becomes too substantial, inept, and hot during operation to be of any use. Additional reason as to why Big-Rigs use air brakes, is that these systems are intended in such a manner that their “inactive” setting is barred, that is; if all the pressure suddenly dropped anywhere below 45 psi, the brakes would kick in by design. Utilizing very strong springs behind the pistons that extend out and hold all of the drive wheels in place, unless and until an air pressure of about 65 psi pushes the pistons back into its driving position. This emergency system is mandatory in Big-Rigs and other tractor-type vehicles, for apparent reasons – largely, they are safer, and their stopping power is much superior.

These emergency brakes are activated by a simple switch on the dash, immediately draining the pressure out and letting the springs take over, bringing the truck to a standstill. Moreover, one truck can control multiple trailers mutually exclusively, where the driver can activate regular brakes for all the trailers simultaneously – and in the event the tractor separates from the rest of the trailer, all the emergency parking brakes come to close by design.

An air brake system transfers air as a way to exchange the pressure from the driver's control to the service brake.

Let’s look at the various components in an air brake system:

The air compressor thrusts air into the air storage tanks known as reservoirs. Either through gears or a V-belt, the air compressor is linked to the engine. The compressor in general has two possibilities to be cooled: one it may be air cooled or may be cooled by the engine cooling system. Usually will have its own oil supply, otherwise be lubricated by engine oil. In the event the compressor has its own oil supply it has to be checked regularly. The governor controls and regulates when the air compressor will pump air into the air reservoirs. In the event, where the air tank pressure rises to the "cut-out" level which is no higher than 135 pounds per square inch, or psi or 900 kPa, the governor stops the compressor from thrusting air. When the tank pressure falls to the "cut-in" pressure which is no lower than 85 psi or 590 kPa, the governor allows the compressor to start thrusting again.

Most vehicles today, use air brakes which are equipped with an air dryer. The moisture is taken out via the use of an air dryer, so that water condensation will not build up in the air storage tanks and cause the brakes to fail, such as when the water freezes in the winter.

Air storage tanks known as reservoirs which are used to hold compressed air. The quantity and dimensions of air tanks differs among vehicles. The tanks will carry adequate air to allow the brakes to be used numerous times even if the compressor stops working. Compressed air usually his contaminated with water and some compressor oil in it, which is bad for the air brake system. In a unfortunate event, it can lead to a situation where the water can freeze in cold weather and cause brake failure. The water and oil tend to collect in the bottom of the air tank. Each air tank is equipped with a drain valve in the bottom.

There are two types of valves:

Certain air brake systems tend to have an alcohol evaporator which in turn puts alcohol into the air system. This helps to reduce the risk of ice in air brake storage tanks, valves, and other parts during cold weather. Again, implying a sense precautionary action so that Ice inside the system does not form, which in turn can cause brake failure.

In the first tank the air compressor pumps air into a safety relief valve is installed which safeguards the tank and the rest of the system from too much air pressure. Usually at 150 p.s.i. or 1030 kPa the valve is set to open

At each wheel drum brakes also known as foundation brakes may be used. The S-cam drum brake which is referred to as such because of the mechanism that applies force to the brake shoes is the most common type. The brake drums are placed on each end of the vehicle's axles and the wheels are fastened to the drums. The braking mechanism is found inside the drum. In order to stop, the brake shoes and linings are pushed against the inside of the drum which in turn causes friction which slows the vehicle and hence creates heat. This heat generated is absorbed by the drum, the amount of heat absorbed by drum without impairment be subject to on how hard and how long the brakes are used. It is important to note that too much heat can cause brake failure.

When the driver thrusts the brake pedal, air is let into each brake chamber. The Air pressure thereby drives the push rod out, moving the slack adjuster, which in turn results in the twisting of the brake cam shaft, thereby, the S-cam turns. After which we can see the S-cam cause to move the brake shoes away from one another and pushes them against the inside of the brake drum. Therafter when the driver releases the brake pedal, the S-cam alternates back and a spring pulls the brake shoes away from the drum, allowing the wheels to roll freely again. Such a system is a common sight in heavy trucks over 15 tonnes of Gross Vehicle Weight.

In comparison to the S-cam brakes, the newer CamLaster brake has two signficant design differences. One significant difference is a downright internal adjustment system which is aimed to constantly keep the brake in proper adjustment. On the other hand, the S-cam brakes, have the need of an external slack adjuster. The other significant difference is the distinctive cam design which applies the brake shoe. Dissimilar to the standard drum brake that has either, a single or double anchor-pin brake, the CamLaster in turn glides the shoes down an inclined ramp on a cam to ensure a uniformity of contact on the brake drum.